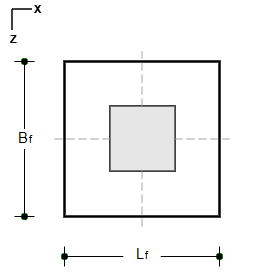 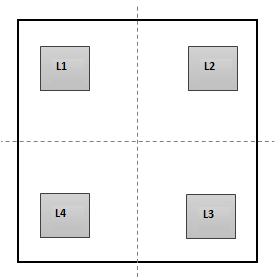 A Mat Foundation also known as a Raft is a rigid concrete footing to support loads from single or multiple columns (pedestals). Generally mat foundations are rectangular in shape, however, non-rectangular shapes are not uncommon. It is used where it becomes necessary to combine foundations of individual columns or walls either due to low bearing capacity or columns are too close to each other. Mat Foundation is also frequently adopted to reduce differential settlement effect. The thickness of a mat should be sufficiently thick to achieve rigidity and to allow linear distribution of soil bearing pressure.

The scope of this calculation module is to carry out analysis and design of a rectangular mat foundation with single or multiple pedestals for Service (SLS) and Ultimate (SLS) design loads. Bearing pressure and stability checks are carried out for serviceability loads. Pad and pedestal reinforcement are checked for ultimate design loads.

New to ECPlus? Sign Up    Why Register?
Already have an Account?Login